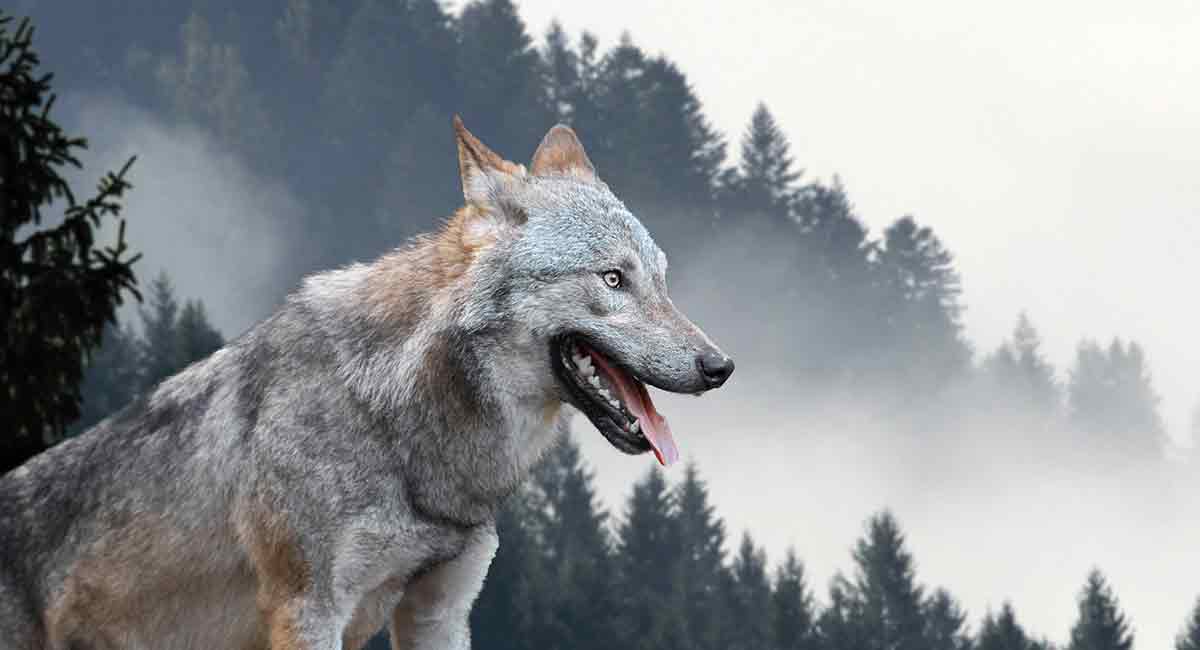 Inspiring female wolf names can come from so many places!

The biology of wild wolves, the importance of the wolf in mythology and spirituality, as well as fictional stories and, anecdotes.

Some of the famous wild wolves and wolf hybrids may even come to mind.

In this article, we pick out some of the finest, fiercest, most beguiling female wolf names.

Most of today’s dogs have come a very long way since their last wild ancestor.

A female Czech Wolfdogs and wolf hybrids are among the most unique canines on the planet.

Since there is no way to know how much your new pup may inherit from the wolf or dog parent, you will truly be learning as you go.

And this is true will be true for many aspects such as how to care for, socialize, and enjoy your new companion.

Of course, choosing female wolf names is a huge part of the “getting to know you” stage of your new life together!

So, we hope you will find plenty of inspiration from reading through these curated lists of female wolf names.

Whether your new pup is a true female wolf, wolf hybrid, or just a furry gal who looks a lot like a wild wolf!

When you are pondering naming your female wolf puppy or rescue dog, it is not uncommon to feel your mind just go blank.

Conversely, sometimes your mind becomes so packed with possible naming ideas you feel at a loss for which name to choose.

Don’t rush yourself though. Instead, just take a break and hang out with your new pup for a while.

This could include playing, just cuddling and chances are the perfect name will pop out at you later.

Most likely when you are not even contemplating female wolf names!

Here are a few more helpful naming tips to consider:

Choose a short, percussive name that is easy to say again and again during training sessions.

If you have your heart set on a longer formal name, see if you can shorten it into a nickname for daily use.

Try not to name your new female pup something that sounds too much like common training commands as this may be frustrating for you both.

Be sure the name you choose is a name you won’t mind saying (or shouting) out in public as the need arises!

Before naming your new pup after someone in your family, it is always a good idea to ask just to make sure they feel suitably honored.

Here are some of the best female wolf names taken from wolves in the wild!

This list of cool female wolf names may help you capture your female wolf or rescue pup’s natural grace and stoic reserve.

For even more cool name ideas, be sure to check out this comprehensive list.

The cuteness of wolf cubs or puppies is often hard to put into words.

But we give it our best try with this list of cute female wolf names!

For more cute name brainstorming and inspiration, head on over to read through this list.

Wolf and wolf hybrid pups are really intelligent. Sometimes these smarts come out as seriousness, and sometimes they pop out as comic moments of fun and play.

These funny female wolf names may put you on the track of the perfect name to capture your new fur companion’s lighter side!

One of the most remarkable things about wolves and wolf hybrids is how much there still is to learn by watching and studying them and living side by side.

These unique female wolf names celebrate the singular beauty and personality of your female wolf pup!

For even more ideas for unique names for your new pup, be sure to read through this list.

The big wide wild world can be a rough and tumble place at times.

These tough female wolf names celebrate the strength, courage, and resilience of the wild wolf!

So, do you till need more ideas? This list of tough dog names may spark your creativity to choose your female wolf’s new name!

In recent years biologists have learned so much about behavior and social structure of wolf packs.

The wolf pack is the family unit

Today, scientists know that most wolf packs are tight-knit family units of 10 or fewer wolves that chiefly consist of a father and mother wolf and their offspring of both genders.

In larger packs when the hunting is good, there may be more than one wolf couple that has pups, but this is not the pack norm.

It takes a community to raise a wolf pup

Offspring will often stick around to help the female wolf while she is raising up to two or three subsequent litters before forming a new pack to raise their own cubs.

So, many wolf mothers have more help raising their cubs than dog moms or human moms! You could even say that raising each new litter is a family affair.

The female wolf mom-to-be is responsible for digging the den, which is often quite deep – up to 14 feet below the soil’s surface.

She is also is primarily responsible for nursing the pups.

Mother wolves lick their pups them to remind them to do their business and watch over them until around 5 to 8 weeks old.

However, the whole pack also contributes as needed.

Around the age of 10 weeks, young pups are ready to get out and about and the den is largely abandoned.

At this time, other pack members step in to help socialize and guard the pups while the mother returns to the hunt.

If a young pup is hungry, they lick the muzzle of an adult to ask them to regurgitate food.

Spring is the season for wolf pups

Wolf mamas only have pups once a year and always in the spring.

Wolf pups grow up faster than their domesticated canine counterparts and have an earlier, shorter period of socialization.

By the age of six months, wolf pups are out hunting with their pack. However, adulthood comes later for wolves, who don’t generally start to mate until age two or later.

In the wild, a female wolf adult is lucky to live to the age of four or five. The oldest wild wolf on record, named B2M, was estimated to be around age 13 when he passed.

Congratulations on Your New wolf Puppy or Rescue Pup!

What an exciting time it is when you first bring your new female wolf puppy or rescue hybrid pup home to stay!

We hope this article about female wolf names has helped you brainstorm the perfect name for your new canine family member!

We would love to hear what you’ve chosen to name your wolf pup. Please share with us in the comments below.

Teacup Dachshund – Everything You Need to Know About This Tiny Pup
Next Post: Best Dog Food for Small Dogs with Sensitive Stomachs