You are here: Home / Dog Food and Treats / Can Dogs Eat Tuna? 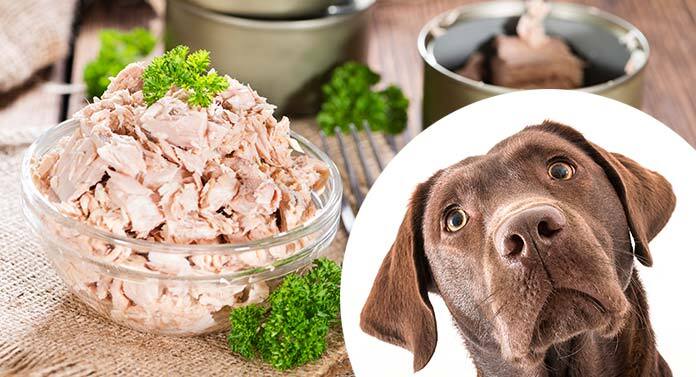 Can dogs eat tuna? Sure, as an occasional treat, it’s fine!

But if you use it too much, too often or in the wrong form, things can go really wrong.

And not just dog food, either (as pretty much all dog owners will know).

Leave any kind of food near your beloved canine and they’ll want to eat it.

So you have to be careful with what you leave lying around within paw’s reach.

Many foods are fine and the biggest risk is that they’ll scoff it all down and you’ll have to go back to the store to get more supplies.

But some foods can make your dog sick. 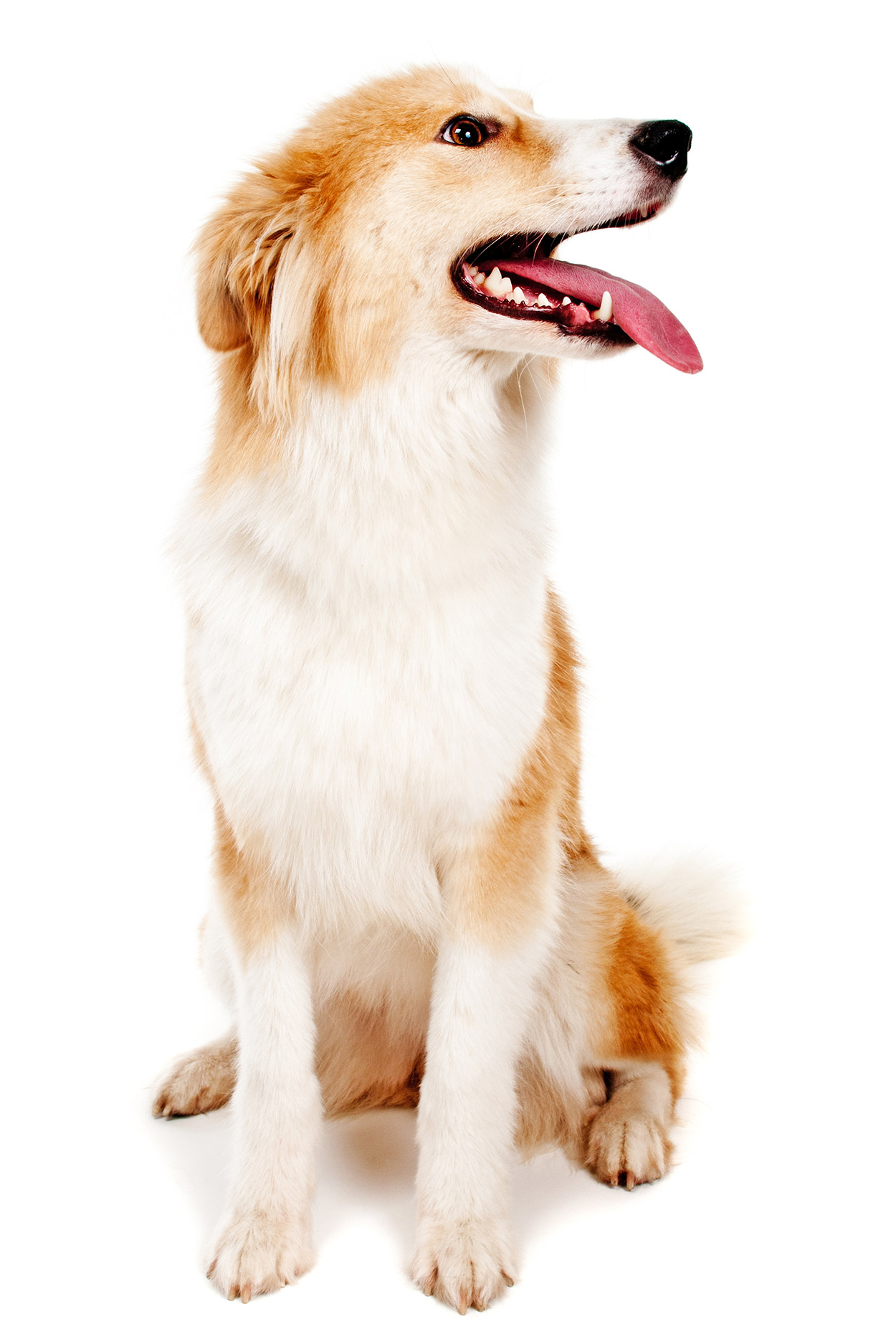 Yes, tuna can be safe for dogs as long as you keep a close eye on portion control, and treat it as a small, occasional snack.

In small amounts, tuna can be a healthy source of protein and other nutrients.

But there are also some good reasons not to let your dog overindulge on tuna.

Now let’s find out more about those benefits, the risks of overdoing it, and how to strike the perfect balance!

First of all, we should probably look a little into the background of tuna.

Tuna is a saltwater fish related to the mackerel.

It’s extremely popular as a foodstuff with people across the world, featuring in many of the world’s major cuisines.

The popularity and demand for tuna exploded in the early 20th Century when we began canning tuna and eating it not just in meals but as a convenience food, most notably in sandwiches.

The trouble is… We’ve overfished tuna and on a global and quite shocking level.

Conservation and management is happening now, but it’s many experts say we’ve left it very late.

Some types of tuna (like the southern bluefin tuna) are very close to extinction because of our overfishing.

Not only that, but some tuna fishing methods pose risks to other marine life, including dolphins.

So, for many, tuna consumption can be quite problematic.

That said, it remains a firm favourite of shoppers, except now consumers often look to choose tuna which has been ethically sourced.

Why do we want to feed our dogs tuna?

Us dog owners like spoiling our pets, don’t we?

So if we think that a little ‘human food’ will be enjoyed, we’re eager to see if our four-legged friend is keen.

Plus, we’re all quite conscious of the health benefits of fish in our diets.

So we wonder if these benefits are transferable to dogs?

Is tuna good for dogs?

If you’ve been wondering, ‘can dogs eat tuna?’ and ‘is canned tuna ok for dogs?’ you can relax, it’s fine as an occasional treat.

As is freshly cooked tuna steak.

Tuna, like a lot of fish, is extremely high in protein.

It also contains an array of vitamins and minerals like calcium, minerals and zinc too.

They can also contribute to maintaining healthy skin and coat.

We wouldn’t recommend you feed your dog fresh, raw tuna from a fishmongers.

Thiaminase breaks down Vitamin B in your dog’s food, meaning they won’t be able to absorb its nutrients.

Raw fish can also carry nasty parasites and bacteria which can make your dog really quite ill.

But if you’re worried about canned tuna… It’s been pre-cooked before canning. So it’s safe.

But since they are already getting all the goodness they need from their puppy food, we think it’s unnecessary.

That’s because tuna contains mercury, and judging tuna portion size is all about making sure your dog doesn’t accidentally ingest too much mercury for their size.

Let’s find out more about that now.

When is tuna bad for dogs?

Trace levels of mercury are introduced into seawater by human pollution, and by natural events such as volcanic eruptions.

Adult tuna fish typically eat smaller fish, putting them quite high up the food chain, and at risk of containing large amounts of mercury.

Consuming too much mercury-containing tuna can be dangerous for your dog.

Humans can also get sick from mercury poisoning if they eat too much tainted or contaminated tuna.

Tuna fish for dogs: recognizing the symptoms of mercury poisoning

The chance of getting mercury poisoning from a pre-prepared tuna-containing dog food is fortunately very slim.

We’re sure that your dog won’t eat so much tuna that he or she will be poisoned.

But if you’re worried because your pup has eaten some tuna they shouldn’t been able to get hold of, these are the symptoms to look out for:

Obviously, if your dog demonstrates any of these symptoms, you should consult a vet immediately.

How much tuna is safe for dogs?

There is no official guidance on the safest amount of tuna to feed your dogs.

The AKC have taken an ultra-cautious approach, and recommend avoiding it altogether.

Alternatively, this chart from Consumer Reports is intended to help humans find a healthy portion sized according to their weight.

If we apply it to dogs, suggests a medium-large dog such as a Lab could safely have half a can of albacore tuna or a whole can of light tuna once a week.

So we would recommend that you limit your dog’s tuna intake.

This is especially true is they are pregnant or lactating, purely to be on the safe side.

Is tuna safe for dogs: more to consider

Tuna, like a lot of fish now, is known to contain small amounts of microscopic plastic.

These plastics come from human waste and find their way into the food chain.

How you feel about these is a personal matter, to reach your own position on.

Another worry – and a more pressing one – is that cans of tuna can often contain bones.

These bones are only ever quite small, but they can scratch the throat or digestive tract of your dog.

Larger dogs are less at risk, but a nasty scratch can still be unpleasant.

Smaller dogs, as with cats, are more in trouble if a particularly large bone gets through the canning process and makes its way into the fish.

So, as good practice, it makes sense to mash up the tuna meat with a fork before putting it into your pet’s bowl.

Besides limiting portion sizes and checking for spiky little bones, here are some more sensible precautions to take when you give your dog tuna to eat.

First, if you’re feeding your dog canned tuna, it seems obvious but don’t let them lick it straight out of the can – those sharp edges can hurt!

We would also suggest that you look for tuna which comes with the promise of ‘no added salt’.

If you’re cooking tuna steaks fresh, make sure they’re cooked all the way through, and don’t add any extra seasoning to your pup’s portion.

Alternatives to tuna fish for dogs

If your dog doesn’t like tuna, or you’re worried about any of the risks we’ve highlighted, then there are other even more nutrient-packed fish dishes that you can offer them instead.

So you might want to try getting those into your best friend’s chow bowl instead.

As a treat or an occasional snack, tuna can be safe for dogs.

Make sure it has been cooked at some stage, it’s in date and free from small, sharp bones – and it’s okay to feed your dogs.

But just do be mindful that it’s not an everyday food.

And if your dog is a puppy or a very small breed, take a little extra time to make sure their portion size is safe an appropriate for their size.

Will you be tempted to try offering them alternatives after reading this article?

If you do, please let us know how you get on, and which substitutes were most acceptable to your pooch! 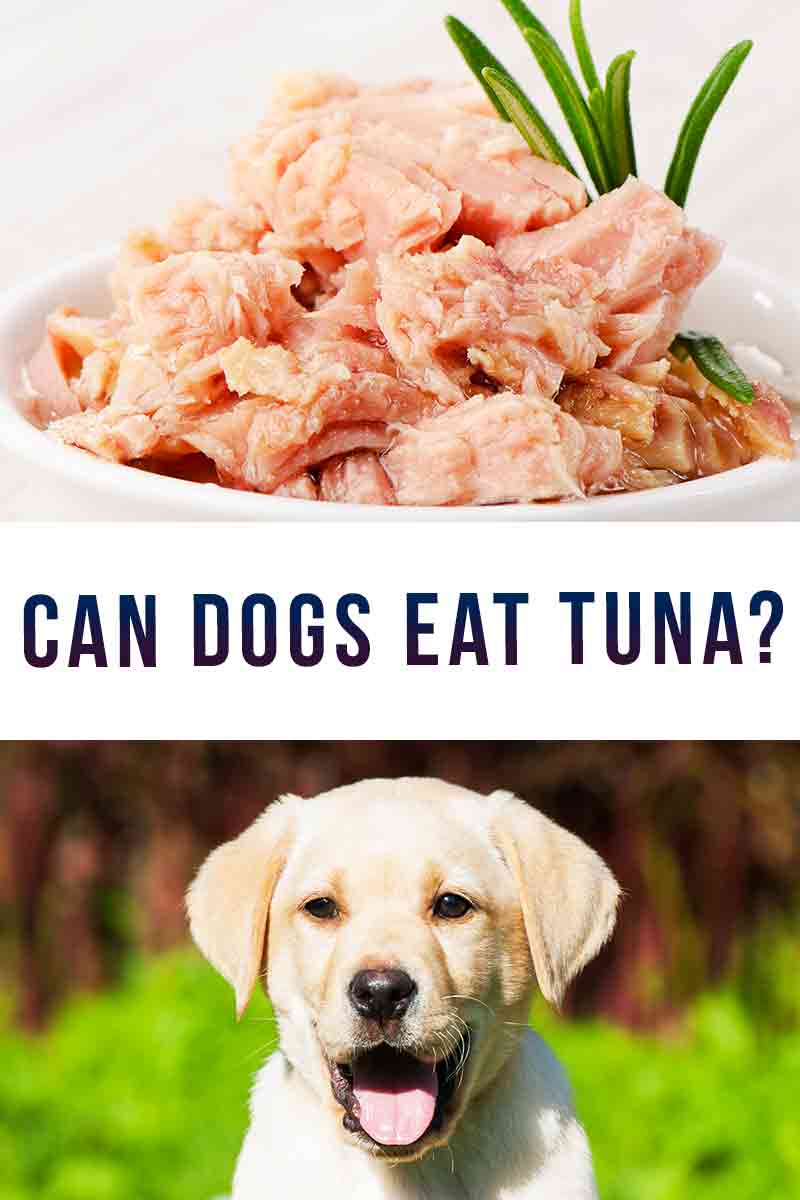 Chow: Simple Ways to Share the Foods You Love with the Dogs You Love; R Woodford; 2015

Mercury in Dog and Cat Foods: Cause for Concern? American Veterinarian; J Pendergrass; 2016