You are here: Home / Uncategorized / Dachshund Names – 300 Ways To Name Your Wiener Dog 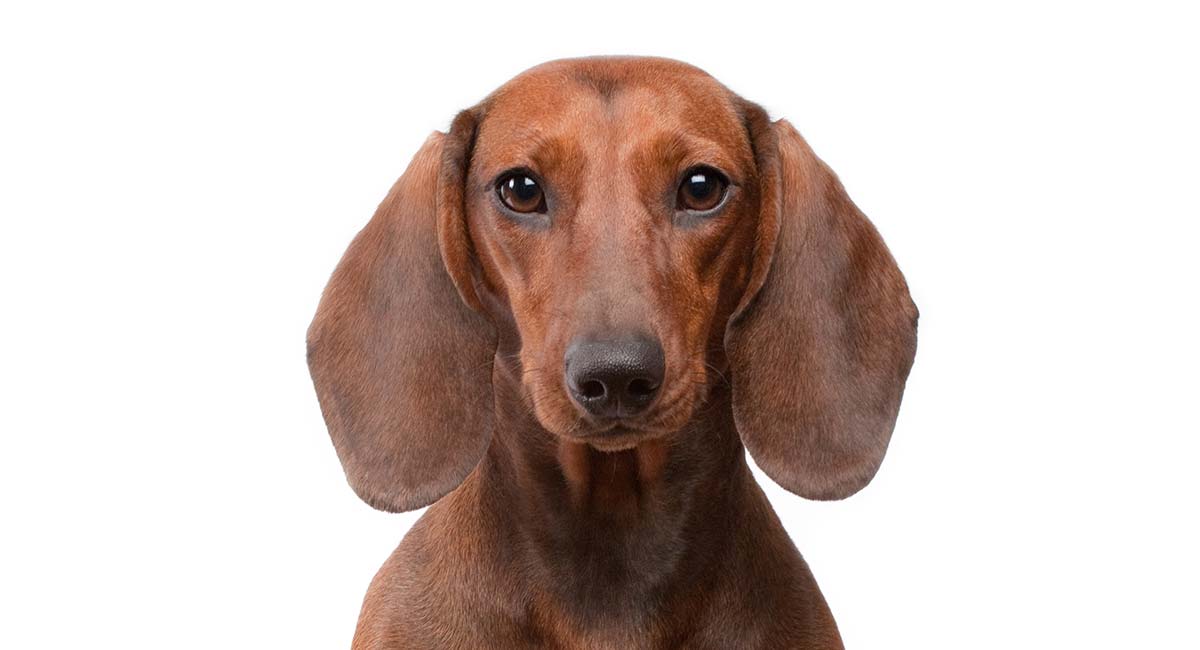 Dachshund names can be cute, quirky, sophisticated, or serious. They can be inspired by their unique shape! Or by their big personalities!

Let’s take a look at some of the best.

These are our 100 favorites:

Welcome to your Dachshund names hub as you sleuth out the best name for your precious new pup!

Is there any more recognizable canine on the planet than the Dachshund, with their signature extended bodies and short legs?

These “hot dogs,” as many people have nicknamed them, are guaranteed to make even the grumpiest person smile!

We hope these lists of Dachshund names will inspire you and give you lots of creative brainstorming ideas for choosing your new Dachshund’s name!

One of the coolest things about Dachshunds is how they can be so different!

From short to long hair, smooth to wire hair, miniature to standard size, shy and quiet to loud and boisterous.

It is a wiener-ful world indeed when you share it with a Dachshund!

As you are browsing through the curated Dachshund names lists here, we think these naming tips might also come in handy:

In every dog breed, some names just seem to rise to the top.

They are just that popular because of how well they capture the spirit of the dog breed itself.

The Dachshund dog breed is no exception.

These are 10 of the classic best Dachshund names that have become enduringly popular choices!

For more great female dog names, check out this article.

These male Dachshund names take lots of inspiration from famous doxies and their doting owners from history and today!

Find even more fun male dog names in this article.

When you look as unusual as a Dachshund, you quickly get used to being noticed – and working it for all its worth!

A Dachshund can be a cool character indeed, especially when your pup is in the mood for a snuggle, a snack, or both.

Pair all that Doxie moxie with one of these cool Dachshund names and your pup will be a powerhouse of coolness, indeed!

Check out more cool dog naming ideas in this article.

Cuteness, thy (breed) name is Dachshund!

For more dog naming cuteness, head over to this article.

Did you know Dachshunds are the 12th most popular purebred dog breed recognized by the American Kennel Club (AKC)?

Sure, they are great-looking dogs and cute as can be!

But maybe the real reason we love Dachshunds so much is because they can always make us smile.

A dog as unique as the Dachshund truly deserves a one-of-a-kind name.

Perhaps one of these unique Dachshund names will be a perfect match!

Find even more unique dog name ideas in this article.

If you’ve ever watched a Dachshund tearing after a fluffy squirrel, barking at the top of his lungs, you already understand the origin of the phrase “tiny but mighty.”

There is no doubt this is a dog that doesn’t realize she is small!

These tough Dachshund names celebrate the warrior inside the heart of every Doxie.

The Dachshund dog comes to us from Germany, where its name essentially translates to mean “badger dog.”

If you are caring for a Doxie for the very first time, you may not yet know their signature long, low-slung physique was deliberately developed to help these dogs specialize in hunting… you guessed it: badgers!

This may not sound like a big deal, but once you see a feisty badger up close, with its sharp teeth and claws and extreme digging skill, it can start to make more sense why Dachshunds needed their unique shape to hunt this type of wily and powerful prey.

In 2009, canine biologists finally discovered the specific piece of DNA responsible for the Dachshund’s shortened legs.

It’s a genetic mutation called a retrogene that also produces shortened legs in other popular dog breeds like Corgis and Basset Hounds.

Dachshunds have enjoyed some truly singular honors during their centuries-long reign of popularity.

For example, the very first mascot of the Olympic games was a Dachshund the Olympic committee named Waldi.

Dachshunds have often served as muses for the creative elite.

One particularly well-known pairing was between the artist Pablo Picasso and a friend’s Dachshund named Lump.

The connection was even chronicled in a book by the dog’s owner!

What Name Have You Chosen?

Congratulations on your new Doxie puppy or rescue dog!

We hope you have thoroughly enjoyed browsing through the curated Dachshund names lists here.

Please bookmark this article and drop back by when you choose your new Dachshund’s “forever name” and share the name you picked and the story behind it.

We love to learn from our readers!

If you love everything about Dachshunds, we have plenty of other great articles you’ll want to see.

Take a look at some more information about this popular breed below!

Katz, B., “Germany’s New Dachshund Museum Is Not Just for the Dogs,” Smithsonian, 2018.

Pomeranian Names – 200 Ideas That Will Suit Them Perfectly
Next Post: Corgi Names – Over 300 Brilliant Ideas For Naming Your New Puppy