How Three Letters Can Help You Train Your Dog

You are here: Home / Training / How Three Letters Can Help You Train Your Dog 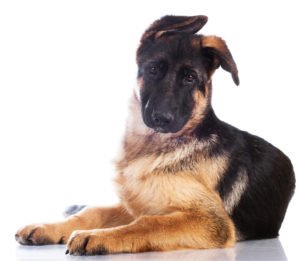 There is a little word, made up of three letters, that has crept into dog training in the last few years.

A cue is a signal that is intended to trigger or initiate a response.

When I was a teenager, the only ‘cue’ I had come across was on a snooker table.

Instead, we used something called ‘commands’ to tell dogs what to do. And the reliable behaviour expected from the dog was called ‘obedience.’

This was the language of control and authority.  It felt safe and comforting. I would command my dog, and he would obey. Or not.

So what is all this wishy-washy nonsense about?  Why are we changing from commands to cues?

First of all, I have to be honest and say that I sometimes do slip back into using the word command.  It’s a force of habit—built up over many many years.

But that does not mean I think ‘command’ is a better word.  I actually don’t.

I like the word cue, and this is why.

Just a few decades ago people began to recognise that dog training is actually a form of behaviour modification.

And that the processes involved in dog training are best described by behavioural science.

Modern dog training pays a lot of attention to science, and this is a good thing.

You see, we tend to get quite emotional about dogs.  And use a lot of emotional words when we describe the way people treat them.

Words like ‘harsh’  and ‘punish’ and ‘cruel’ are often bandied about when we discuss dog training.  And the problem is, no two people can agree on exactly what defines these powerful words.

If we are going to talk to one another about behavioural science, which is what dog training is,  it is helpful if we all speak the same language.

And the word ‘cue’ is a part of that language of animal psychology.

A cue is a signal that is supposed to be followed by a specific action.   There is no emotion in the word cue.

In addition, it does not imply that the action will happen or should happen. Just that we intend for it to happen.

A command is a much more emotional word. This is because it implies control, authority and power over another.

The word embraces the absolute expectation that an action will result in a response to the signal or order.

And implicit in the word ‘command’, is a sense of disappointment if that response is not forthcoming.

Words like disrespectful, disobedient, willful, and selfish spring to mind.

I know that when I was busy dishing out ‘commands’ to all my dogs, I used to feel quite angry if my commands were flouted.  Such is the expectation a command conveys.

The use of the word ‘cue’ disperses any such inappropriate assumptions.

Perhaps, the most important feature of the word cue lies in the way it changes who is responsible for the outcome of the signal.

Scientists give cues and observes responses.

Typically, they first observe a response and if it’s the one that is desired, they adjust their own behaviour to obtain the required response the next time.

They don’t feel annoyed or disappointed if they don’t get the right response the first time. Instead, they simply alter their behaviour to make the response more achievable.

Superior officers give a command and expect a specific response.  In this case, they are under no obligation to observe the result.

The recipient is responsible for observing the response,  and if they fail to carry out the correct response, they are usually punished.

So, the difference between these two words lies in the emotion and responsibility attached to them.

A Change in Attitude

It is that simple. A small change in the word we use for the signals we choose in dog training. But with it comes quite a change in attitude.

Many of us find it quite liberating to stop blaming our dogs for being naughty.  And this simple three letter word plays an important part in this process.

Does the Switch From Cue to Command Make Dogs Naughtier?

You might be wondering, if we take away the whole idea of ‘compulsion’ from the training process, whether or not we will be abandoning control over our dogs.

There is often a misunderstanding of modern dog training in this respect.  A feeling that if the dog is ‘choosing’ to please us, he may just choose not to at some point.

A feeling that this new way of training is permissive, and will result in a disobedient dog.

All responsible dog owners want to be in control of their dogs.  For his safety and for the safety of those around him.

Yet the idea that training with ‘commands’ rather than ‘cues’ will result in a more obedient dog is quite flawed.

In fact, the whole concept of total control is flawed.  It is ideal.  The truth is, once a dog is out of your reach, you have no way of ‘guaranteeing’ control.

All you can hope is that your ‘trained responses’  –  the reactions the dog makes to the signals you give him – will hold up.

And the evidence suggests that this is more likely if the dog has been trained using the modern system of teaching him that responding to cues is highly rewarding, rather than teaching him that disobeying commands is likely to result in punishment.

Sometimes the smallest changes in meaning can have a profound effect.

As dog owners, who are by necessity ‘dog trainers,’  we need to use every advantage we can.

Therefore, being clear on who is responsible for the outcome of any training session (that would be you) is an advantage that you would do well to acknowledge.

I think that swapping the word command for the word ‘cue’ helps us to do just that.

Have you changed from commands to cues?  Did you find it a helpful change in approach?

Pitbull Husky Mix – Perfect Pet Or A Bit Of A Live Wire?
Next Post: Teach Your Dog English