Teacup Havanese – Your Guide To The Miniature Havanese

You are here: Home / Breeds / Pure / Teacup Havanese – Your Guide To The Miniature Havanese 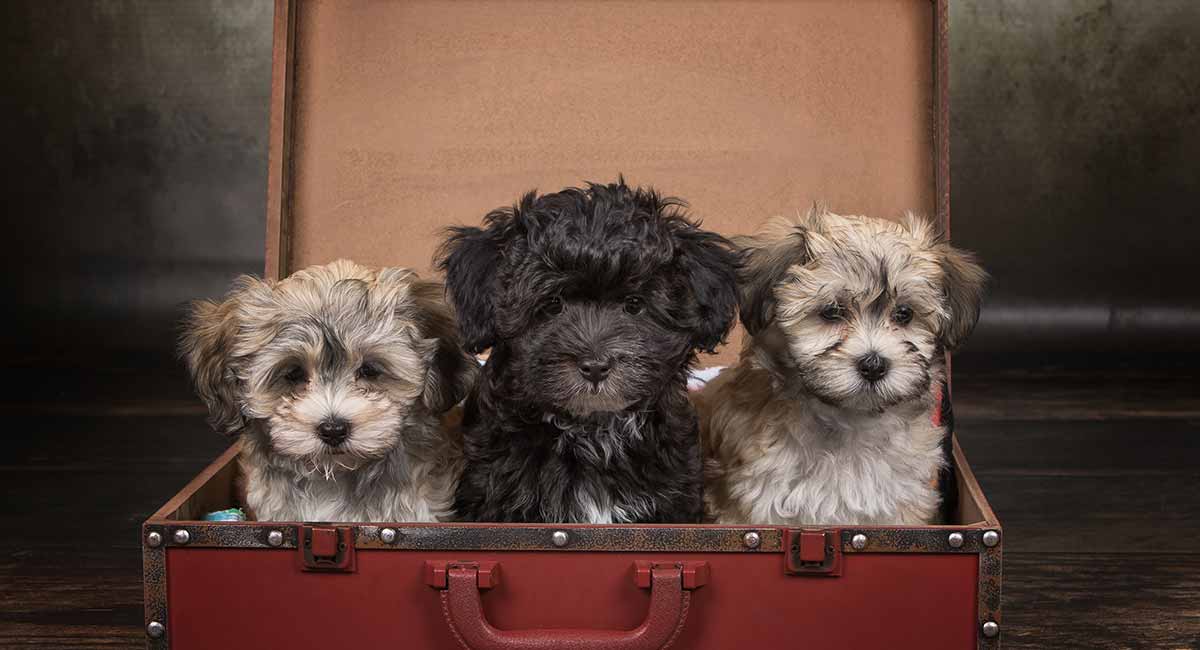 The teacup Havanese is a Havanese dog that has been bred to be significantly smaller.

The full sized Havanese is already quite small, only weighing between 7 and 13 pounds as an adult.

It was brought to Cuba from Italy or Spain in the 1600s and is named after the Cuban capital, Havana.

Havanese dogs were bred to be companion animals and are known for their bold heart and cuddly nature.

The Havanese has a dense, silky coat. And who can resist those big brown eyes?

They are affectionate, sensitive dogs that form close bonds with their owners.

Teacup Havanese are not a recognized breed. The official Havanese breed does not come in size varieties.

So what exactly is a “teacup” Havanese dog?

The Appeal Of The Teacup Havanese

Teacup, or miniature, versions of dog breeds have become popular. They earned this name because they seem like they could be small enough to fit into a teacup.

The term “teacup” is usually figurative rather than literal, though!

First is appearance. Many people think the smaller version of a dog is particularly adorable.

Second is practicality. Smaller dogs are easier to carry, require less space in a house or apartment, and eat less.

Rarity is another appeal of the teacup Havanese. Having a teacup dog is uncommon, and some people are drawn to pets that are trendy but hard to get.

However, we will see how breeding for the teacup variety can lead to health problems.

Where Do Teacup Havanese Come From?

There are three ways to make a miniature dog. Each method has potential drawbacks.

Now let’s look at each of these in turn.

The Havanese belongs to the Toy Group, meaning it is already quite small to begin with.

It is hard to imagine an even smaller breed than the Havanese. But a Havanese dog bred with a smaller dog could result in a “teacup” sized Havanese mix.

Mixing a Havanese dog with another breed would result in a “designer” dog, not a purebred Havanese.

Some believe that designer dogs are preferable, since two different breeds mixed will lead to more genetic diversity. This means less risk of one breed’s health problems becoming compounded.

However, some are opposed to designer dogs, since it may be harder to trace their health histories or anticipate behavioral or medical problems.

Given that the Havanese is so small, not many breeds are consistently smaller.

Havanese dogs crossed with Chihuahuas or Yorkshire Terriers may produce puppies that are smaller than the average Havanese.

Another way to generate a teacup version of a dog is to breed it for dwarfism. A dog can express the dwarfism gene when two parents who carry the gene are mated.

Dogs that carry the dwarfism gene are not necessarily smaller than average. The only way to know whether a dog is carrying the gene is through a DNA test.

Havanese dogs that express dwarfism will be smaller than usual.

In fact, a 2004 survey of Havanese dog owner in the US found that nearly half already had bowed, foreshortened, or asymmetric forelegs.

However, breeding for dwarfism can lead to a variety of health problems. Dwarf Havanese can have spinal or joint problems and breathing issues, among others.

Therefore, it is not a good idea to breed Havanese dogs for dwarfism or to seek out breeders who do so.

Even without dwarfism, some dogs are just naturally smaller than others.

Breeders may select these runts and mate them in order to produce another small dog.

Continuing this practice for several generations will result in smaller and smaller dogs.

Again, this can result in significant health problems for the puppy. Runts may be weaker than other littermates or have unidentified health problems leading to their small size. Selecting for runts will only increase the prevalence of these issues.

Some breeders even deliberately deny certain dogs nutrition so that they do not reach full size.

Though these tiny Havanese may be cute, they are susceptible to many health problems. Breeding from runts is a poor practice by breeders.

Is A Teacup Havanese Right For Me?

It is hard to deny how adorable the teacup Havanese is on first sight.

However, as we have seen, the methods for producing teacup Havanese dogs can lead to complications and health problems. Simply put, such a small dog is at risk for not living a long, happy, healthy life.

Furthermore, small size does not necessarily equate to low maintenance. Small dogs have correspondingly small bladders, and many can never be fully toilet trained.

Tiny dogs are at greater risk of dangerous drops in blood sugar, and provisions need to be made for lots of small, frequent meals.

Teacup dogs’ small size also makes them fragile, and more vulnerable to fractures and injuries, even simply from jumping off furniture.

If purchasing a dog from a breeder, be sure to do your research and only ever adopt from someone who is responsible and ethical.

This means that the breeder in question should not select for dwarfism or breed from runts.

A good breeder will allow you to meet the parents of the dog, explain their health and behavioral histories, provide health and DNA tests, and answer all of your questions.

It can be difficult to find a teacup Havanese by a responsible breeder.

You can look to a shelter or animal rescue to find one. All dogs deserve loving forever homes. Sadly, dogs bred for their looks and which have health problems are sometimes abandoned.

Reach out to shelters in your area to ask about Havanese dogs. You can specify that you are looking for a miniature or teacup version.

Alternately, Havanese-specific rescues may also have teacup Havaneses. These include Havanese Rescue and Havanese Angel League Organization for Rescue (HALO).

Take a look at some other miniature breeds in our other handy guides!

Starr, A., Developmental Abnormalities In The Havanese

Why I Didn’t Publish My New Book – by Pippa Mattinson
Next Post: Pekingese Shih Tzu Mix – Is This Cute Lap Dog A Healthy Happy Pet?