You are here: Home / Breeds / Husky Lab Mix – Everything You Need to Know About This Energetic Pup 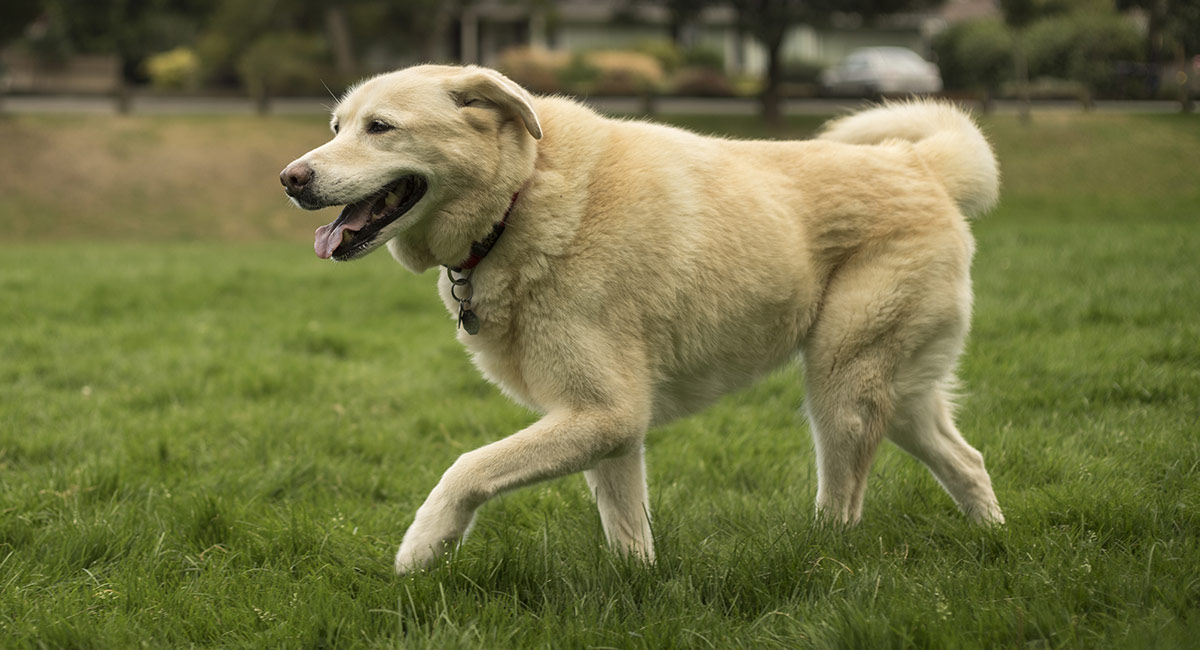 The Husky Lab mix is a cross between a Husky and a purebred Labrador Retriever.

Although it is impossible to exactly predict the traits and appearance of any mixed breed, you can expect a medium to large sized dog. Generally the Husky Lab mix is intelligent, active and outgoing.

From appearance to care, socialization to training. Is the Husky Lab mix the best dog for you? Let’s find out!

What to Expect from This Mix

Two breeds known for their beauty and energy levels, this cocktail of canine DNA may be the perfect mix for a dog lover seeking an activity partner.

The Labrador Husky can trace its roots to two truly active breeds. Potentially making this cross the perfect companion for an active owner.

But how does the Husky Lab mix work as a family pet? And how easy is it to keep her needs met?

Let’s start by taking a look at the origin of the Husky Lab mix.

Where Does the Husky Lab Come From? 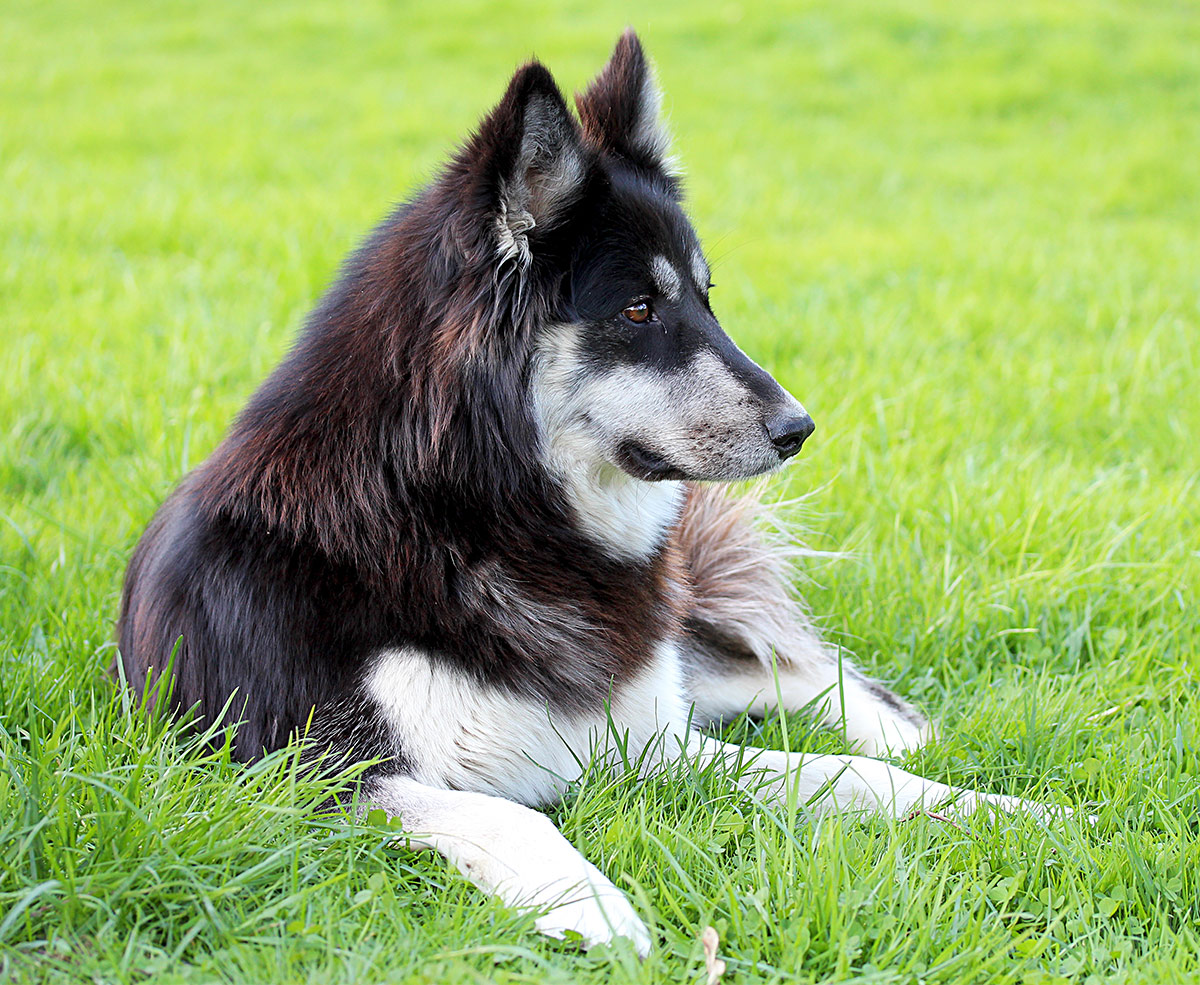 The roots of the Labrador Retriever Husky mix are of course hinted at in the names of its ancestors.

Origins of the Labrador

The Labrador Retriever comes from the Canadian province of Newfoundland and Labrador, where they were first bred.

Although despite what the name may suggest, the earliest Lab ancestors lived on the island of Newfoundland. Not the mainland section of the province, Labrador.

The real ancestor, though, is the St. John’s Water Dog. The now extinct breed was popular in the 18th century.

One of the early Lab breeders, the Earl of Malmesbury, named the breed and the first Labrador retriever club was founded in 1916.

Despite its British and Canadian origins, and the Lab has found much success south of the Canadian border.

Origins of the Husky

Today’s Labrador Retriever Husky mix puppies owe their husky heritage to either the Siberian Husky or the Alaskan Husky.

As the name suggests, the Siberian Husky does indeed originally come from Siberia.

Here, these winter-loving working dogs lived alongside the Chukchi people of the Chukotka Peninsula for thousands of years.

The Siberian Husky was imported to Alaska in the early 1900s and used as sled dogs for sports racing.

Along with other breeds like the Malamute, the genetic material of the Siberian Husky contributed to the sled dog line, commonly known as the Alaskan Husky.

Difference Between Siberian and Alaskan Huskies

Unlike their Siberian ancestors, Alaskan Huskies are not considered purebred.

Husky Lab puppies are not purebreds either. But the hybrid of the two working dogs may be perfect for an active human who is not interested in kennel club recognition. 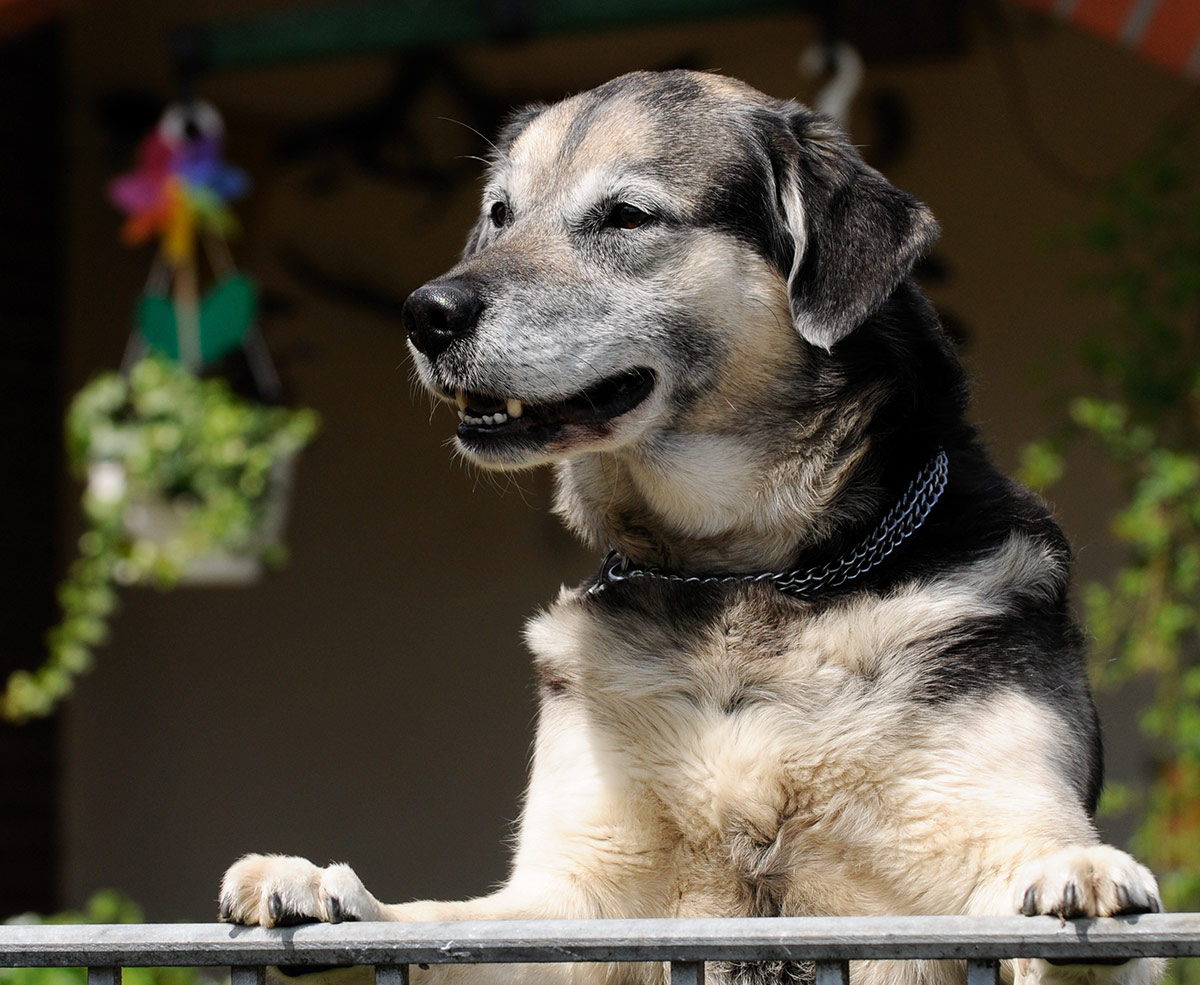 As a mixed breed, the size of a Lab x Husky varies, but most will be considered medium to large dogs.

There is no standard size for a Labrador Husky, as much of such a pup’s growth depends on the size of its parents and how their genetics interact.

There is a range of different sizes within the Labrador Retriever family alone.

Show Labs are often stockier and heavier than Labs from working lines. The lineage of the Lab side of your Husky Lab puppy will be a factor in how big he or she is as an adult.

A Siberian Husky Lab mix (also known as a Labsky) may be different in size than an Alaskan Husky Lab mix. As the two types of Husky dogs are not always the same size.

In general, expect Labrador Husky adults to be somewhere between 35 and 79 pounds.

They will likely stand between 19 and 60 inches tall.

It is a huge range, and it is impossible to determine a hybrid puppy’s full grown size.

However, looking at the parents of your Labrador and Husky mix should give you an idea of how big they might grow.

Both Huskies and Labradors are known for being intelligent dogs, and both can make good family pets.

Huskies and Labs are considered to be very high energy dogs. They absolutely need daily exercise and stimulation, even more so than Labs.

A Husky Lab mix who isn’t stimulated physically and mentally may get into trouble.

They need to live in a home where there is someone around for most of the day. Or with someone who is able to bring them to work.

This mix needs plenty of company to stop them from becoming bored and potentially destructive.

The ancestors of a Lab Husky cross were either pulling sleds or hunting in the countryside. Human companions should keep this in mind when keeping these dogs in more urban environments.

Even in the city, a Husky Lab hybrid can get all the exercise it needs, provided the human companion is up for daily walks and runs.

The Husky side of this dog’s heritage means the Huskador hybrid’s instincts tell him to run. Until you have fully proofed an excellent recall, a fenced in area or on-leash activity is best for safety’s sake.

The Lab side of a Lab Husky cross is always up for a swim or a walk in the woods.

You’ll never run out of ways to exercise this intelligent mix.

The trainability and intelligence of Husky Lab crossbreeds are variable. But all of these dogs are best trained with positive reinforcement.

Owners should never take a dominance-based approach to train a Husky Lab mix (research shows the practice is outdated and incorrect).

Engage instead in positive reinforcement based training classes and techniques that help dog and owner connect and communicate in a productive manner.

Labs and Huskies can both be leash pullers if not properly trained, but positive reinforcement can transform these dogs into great walking companions who do not pull on the lead or jump up.

Because both breeds are so intelligent, training is an important part of exercising not just the body, but the brain of a Husky Lab mix.

These dogs need stimulation and challenges, and training provides both.

Allowing them to use their natural talents in a productive way, instead of engaging in unwanted behaviors, like chewing household objects.

When you welcome a Labrador Retriever Husky mix into your home, you are also welcoming dog hair.

As a hybrid of two double coated breeds, a Lab Husky is likely to shed a lot.

The Husky Labrador mix can sport a coat of virtually any color and length.

They always have a double layer coat. Therefore, you should never shave your Husky Lab mix. The outer coat of short and straight fur provides both insulation and protection.

Regardless of how long your hybrid’s coat is, regular grooming helps prevent dog hair from being dispersed all over your home.

Daily brushing is great for their coat, and a visit to the groomer can also help to keep shedding under control.

Instead, you could also supplement brushing with the occasional use of a de-shedding tool. This can help remove shed hair during.

Siberian Husky Lab mixes are susceptible to the health problems of both parent breeds.

Labrador Retrievers are prone to joint disorders, obesity, and cancer. Huskies are particularly prone to hip dysplasia and eye disease and arthritis.

Since joint issues can be exacerbated by obesity, it’s important to ensure your Husky Lab mix gets adequate exercise and are not overfed.

Genetic defects in Huskies can lead to eye issues. However, genetic testing of parent dogs can prevent inherited blindness from being passed down to their puppies.

The typical lifespan of a Siberian Husky is 12 to 15 years. Labs typically live for 12.5 years on average.

The lifespan of a Husky Labrador mix will vary depending on their lineage and health. But will most likely be around 13 years.

Labrador Retrievers and Huskies are both popular breeds and the Husky Lab mix puppies can be easily obtained from a breeder.

Owing to their popularity, this mix is also common in rescues and shelters.

Whether bred accidentally or on purpose, thanks to their double coated parents these hybrid pups are adorable and fluffy.

Puppies can vary in appearance. Some look more like their sled-pulling parent with their Siberian-style ears. Others may have the Lab look.

Husky Lab mixes found in rescue centers can also have attributes of other breeds if one or both of the parents was not a full Husky or Lab.

However, since the Siberian Husky Labrador Retriever mix is not purebred, most Kennel Clubs will not provide referrals.

This means it’s even more important to do your due diligence when looking for your new pup.

Any reputable breeder should be able to provide the health records of each parent. Pay particular attention to the hip and eye scores.

You should also be allowed to visit your puppy at the breeding facility and meet both parents.

This is extremely important as the personality of the parent dogs will likely be passed down to their puppies.

The Husky Labrador mix isn’t going to be for everyone! If you’ve decided you need something slightly different, take a look at these similar breeds and mix breeds!

Is a Husky Labrador Mix Right For Me?

If you’re asking yourself this question, what you’re really asking is, “Am I active enough for a Labrador and Husky mix?”

This mix required constant activities, and proper training is also necessary, to ensure your dog will have a good quality of life.

If you see yourself spending plenty of time outdoors with your dog (and don’t mind a bit of shedding), a Husky Lab hybrid may be the pup for you.